A few years from now, our text messaging generation will have taken over the fire departments across the land.  They can talk faster with their thumbs than I can verbally.  My prediction is that with blurring speed, thumbs will become the primary communications mechanism and the use of mobile radios to communicate with dispatchers and other units will dwindle. Tablets mounted in the apparatus cab will have taken over.  I can see what this looks like now…..


Both routine transmissions and size-up will be different.
E41 AFK 4 fuel BRB.

Arson is considered by most, and particularly firefighters, to be a serious crime. Pennsylvania treats it as a first degree felony.  Federal sentencing guidelines call for as little as five years in prison.  States vary, but things were a bit different in the old days.


Here in my area, just a generation ago, but long enough for the statute of limitations to expire, a local fire chief was reliably rumored to have taken a fire setter back behind the station and administered an “attitude adjustment” to the offender which was probably more painful than what the judge ultimately meted out.  If our current crop of politicians believe laws and punishment for arson are stringent today, they are not students of history.  The first such law in Pennsylvania was passed in 1700, and stated “Whosover shall be convicted of willfully firing another man’s house, warehouse, outhouse, barn, or stable, shall forfeit his or her own estate to the party suffering, and be imprisoned all their lives in the House of Correction at hard labor to the behoof of the said party suffering.”  Apparently life with hard labor wasn’t a sufficient punishment as in 1718, the penalty was increased to death, and in 1767, they took away the condemned’s access to a clergyman before execution.
As tough as the old Pennsylvanians were, they had nothing on the Babylonians in the days of Hammurabi, around 2000 BC.  “If in a man’s house, a fire has been kindled, and a man who has come to extinguish the fire has lifted up his eyes to the property of the house, and has taken the property of the owner of the house, that man shall be thrown into that fire.”  In both Japan and early Edwardian England, the older Babylonian concepts were continued; the penalty for incendiarism being death by fire, a rather poetic form of justice.
While societal norms and our jurisprudence have evolved over time, most can probably think of a few incidents where we wouldn’t have minded taking a fire setter on a Marty McFly time travel journey back to meet one the judges from these time periods.  So if anyone knows where to find an old DeLorean…. 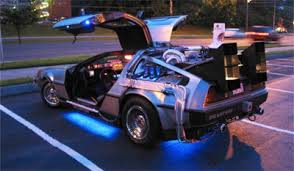 Curiosity may or may not have killed the cat, but it definitely can get a dispatcher in a bit of at least tepid water.


Nelson Rockefeller was the long serving Governor of New York when I was young, winning election and reelection handily.  Interestingly I never met anyone who actually admitted voting for him, but that is another story.


Late one evening, my ambulance crew was hanging around in the communications center, shooting the breeze with the 3-11 shift dispatcher, conveniently also named Joe.  Governor Rockefeller had died months before in late January 1979.  News of the, shall we say, circumstances surrounding his passing while in the townhouse of his 25 year old female assistant were in the news.  While interesting, this salacious data was not when fascinated us that evening.


“I wonder how many cars that rich old bastard owned?” One or another of us asked.  The debate was futile with Rocky having died months before; they were all likely dispersed, sold, or otherwise disposed of.  Shows how much we knew of probate law and complex estates.  For whatever reason, the argument continued until somebody got a bright idea.


“Hey Joe, why don’t you run Rockefeller and see what comes back?”  As young and dumb as the rest of us, he thought about it for a minute. 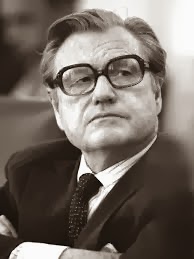 “Sure, why not.”  Joe rolled his chair over to the computer console and typed in the former governor’s name and hit enter.  A few seconds later, the printer chattered and we had a list of vehicles as long as your arm.  The specifics elude me, but these were not your everyday Chevy or Ford; there were some expensive collector cars on the sheets.


We stood and marveled at the list, amazed at what was still registered to a dead man.  Then, as young men are wont to do, we moved on…
Joe was also working the next evening on the 3-11 shift.  Shortly after his rear end hit the chair, the phone rang—hell that’s what happens in a dispatch center—but this call was different.  The party on the other end was calling from Albany and was the supervisor of the state computer system.  He was quite interested in why this small municipality had an interest in the state’s former leader.


Joe knew better than to lie, but he didn’t come right out and admit the transgression either.  The gentleman from the state knew a line of BS when he heard it.


“Okay, here’s the deal.  You can consider this your first and last warning.  Don’t do it again.  That system is for official use only.”
Joe “yessirred” appropriately and the call ended.  A fascinating lesson in how curiosity can be a hazardous part of dispatching.
Posted by Gary Ryman at 2:29 PM 0 comments

Smoking in the work place is now mostly just a distant memory for most.  Its elimination in some environments had benefits beyond personal health, though.


My friend Joey was the 11-7 dispatcher for police fire, and ambulance in a small municipality.  These were the days of police call boxes, a real Ruth Buzzi switchboard, and fire alarm boxes reporting on paper tape.  Logs and records were all paper as well, and the only computer in the room connected to the state for checking wants, warrants, and driver’s license information.   The call volume was such that a single dispatcher per shift was sufficient, so they worked alone.  Joey was, at that time, also a chain smoker, a lit cigarette his constant companion.

We talked periodically on the phone—the non-recorded public line, a good thing considering some of the conversations.  Occasionally he would have to drop off the line if a fire or significant incident came in.  Routine calls, license checks for the cops, and the like he could handle and continue his conversation with me; multi-tasking long before the term was born.


One night was a little different.  The subject we were discussing is long forgotten.  What happened next is not.  Joey’s normally calm voice exploded on the phone.


“What’s the matter? What’s coming in?”  I anticipated a huge fire or other major incident, not his actual answer.


“I just set all my fucking papers on fire; I’ve gotta go,” and the phone went dead.

It was probably a good thing as my pronounced laughter would not have been well received at the moment.  Just another reason smoking can be hazardous to….your health. 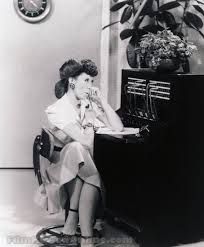