Most of the focus on fighting forest fires; the tools, techniques, and tactics, have long been on the West.  The beginnings, though, came from one of our own; a Pennsylvanian.  Gifford Pinchot, who served two terms as Governor, headed the Forest Service in the early 1900s, starting under President McKinley, and through the administration of his friend and supporter, Theodore Roosevelt.  In the early days, Pinchot was a Forester with no forest, as control of the actual Federal land was in the General Land Office.  Finally, in 1905, Roosevelt was able to out maneuver the land barons' both in and outside of Congress, and transfer control of the forests to Pinchot’s agency, the newly named United States Forest Service. 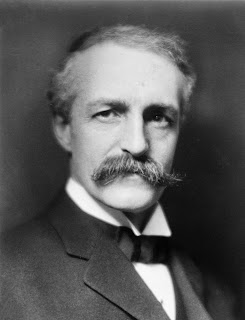 The danger of fire was one of the ways in which Pinchot convinced a reluctant Congress to fund his corps of green shirted rangers.  The danger was not illusory.  In 1871, the Pestigo fire in Wisconsin burned over a million acres and killed 1,182 people.  In Minnesota in 1894, another tragic fire struck which killed 413 people.  Pinchot knew that fire was necessary and in some cases beneficial to forests and understood that nature could never be completely controlled.  His fire control efforts started a debate which continues to this day as to where to draw that line.
The rangers on the front lines were highly motivated by poorly paid; a miserable salary even for the day of $900 per year.  Pinchot’s directions to them on fighting fires were simple.  As he told the New York Times, “the one secret to fighting fires is to discover your fire as soon as possible and fight it as hard as you can and refuse to leave it until the last ember is dead.”  The Forest Service had some successes in their first two summers as only one tenth of one percent (0.1%) of Forest Service land burned each year.  There were bad years as well, however.
One of the assistant rangers hired in the Bitterroot area was Ed Pulaski.   He was older than most of the Yale Forestry program graduates initially hired by Pinchot, but a skilled outdoorsman.  The man himself, who died in 1931, is little known, but his name lives on as the inventor of the tool still in use today—the Pulaski tool.

Successors to Pinchot such as Bill Greeley took his concerns and tactics on fire and elevated them in priority increasing the Forest Service role in prevention and suppression efforts.  The debate continues over the proper level of these, but forgotten by many is that man with who it began, Pennsylvanian Gifford Pinchot.
Posted by Gary Ryman at 10:57 AM 0 comments

Back in the late 1970s, the wonderful world of trench rescue training with its shoring work and special equipment was in its infancy.  In my area, it hadn’t even yet been conceived.  Hell, Johnny and Roy were the cutting edge of fire rescue as far as we were concerned.


We were dispatched for a man injured in an excavation behind the local junior high school.  When we arrived in the old Chevy Suburban ambulance, we found a male laying at the bottom of about a six foot deep trench.  Part of the wall had come in on him and he complained of hip/pelvis pain.
Not knowing any better, we jumped right in with him and started to clear some of the dirt away by hand and with some shovels that the other workers had.  We were smart enough to request fire department assistance, and the arriving engine company, no smarter than us, helped with an attic ladder for access and more hand tools.  It was like being an archeologist, as the land where they were digging was an old landfill, and we were working on a couple of layers of antique trash.
Once we had the dirt off him, the real fun started.  We had to get him immobilized to lift from the trench.  We had nothing to work with but the basics we carried on the ambulance; no stokes basket, and certainly no modern strap system.  We had a full backboard and cravats.  For the uninitiated, i.e. younger than 45 years of age, cravats are folded triangular bandages.  Part of the EMT curriculum at the time was to be able to completely immobilize a victim to a long board so that when the board was stood up vertically, the victim did not move using nothing more than these big handkerchiefs.  It was something we practiced for hours at a time.  Now we had to do it for real.
As you can imagine, it’s not a speedy method, but we got to work, square knot after square knot.  Finally done, it was the moment of truth.  We stood the backboard up with the ladder behind it to slide him up.  He didn’t move a bit.  With the assistance of the engine company, up the ladder he went and onto terra firma for transport.
Luckily nothing bad had happened—to any of us.  The walls of this trench, made up of landfill material, were far from stable, but we were protected in our ignorance.   The old days were not always better…
Posted by Gary Ryman at 9:34 AM 0 comments

In a recent speech, President Obama paid homage to the firefighters in West, Texas who lost their lives in the explosion and fire at a fertilizer plant.  In doing so, he actually insulted a large percentage of volunteer firefighters; out of ignorance, one hopes, and not purposely.   The assignment of the term “professional” to career firefighters and departments has always struck a sore spot with me.  The President’s remarks compounded this feeling.  It is good to know I’m not the only one.  The National Volunteer Fire Council sent a letter to the President on April 30th protesting these remarks.


A simple check of the dictionary points out the fallacy of the common usage.  One of the definitions is “a person who is expert at his or her work.”  Another references “a vocation requiring knowledge of…learning or science.”  Nowhere in these admittedly selective definitions is there a mention of financial compensation.
Professionalism isn’t about pay, it’s about attitude.  It’s about your approach to a job.  There are volunteers who join departments for all the wrong reasons and there are career personnel for whom the job is nothing but a paycheck.  However, there are many truly professional firefighters, officers, and chiefs in the volunteer ranks which should be recognized as such.
Posted by Gary Ryman at 8:38 AM 0 comments