Coming up on April 28th 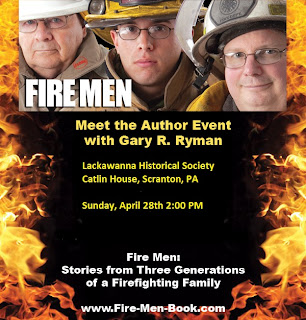 Back just a couple of years in firefighter time, in 1877, following a tragic fatal fire at the Southern Hotel, the St. Louis Fire Department established the first Pompier Corps.   Christopher Hoell, a German immigrant, and Zero Marx lead the unit and taught climbing and rescue skills to other departments across the country.


They used specially developed scaling ladders, a belt with a large hook, which modern (hopefully) descendants of remain in service in many departments to this day, and ropes.  These ladders were not simple to use, but provided access to buildings blocked by wires or trees, and to elevations above that which could be reached by aerial ladders.  Multiple pompier ladders could be used, which with rope, provided a way to get hose lines to upper floors. 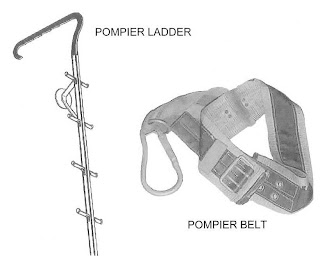 The top of the ladder, with its iron catch, would be hooked over a window sill, and the firefighter would climb the narrow rungs to the window.  He would stand on the sill and pull the ladder up and raise it to the next window and repeat the process.
This required considerable dexterity, strength, balanced, and a large dose of intestinal fortitude, to use polite terminology.  These ladders remained a presence on at least some ladder trucks for almost a century and hang in many fire houses today as a reminder of a storied past. 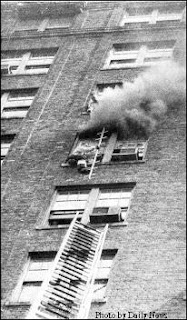