The most important six inches on the fire ground

General James Mattis, USMC (Ret.) would have made one hell of a fire chief if he had so chosen.  Revered by fighters from private to four stars and probably disliked as much by those less aggressive, the forty-one year veteran was a lead from the front commander who went out with patrols and got blood on his boots as a General.  His radio sign—“Chaos.”  His command philosophies included sincere concern for those he was tasked to protect and liberate and a consummate scorn for our countries enemies.


Highly quotable, many of his pronouncements in the area of leadership and others are applicable to the fire service.  With just a few paraphrasing liberties, here are some of my favorites.
“I don’t lose any sleep at night over the potential for failure.  I cannot even spell the word.”
“Fight with a happy heart and a strong spirit.”
“You cannot allow any of your people to avoid the brutal facts.  If they start living in a dream world, it’s going to be bad.”
“Powerpoint makes us stupid.”
And if you remember none of the others, keep in mind the most valuable one.
“The most important six inches on the [fire ground] is between…your ears.” 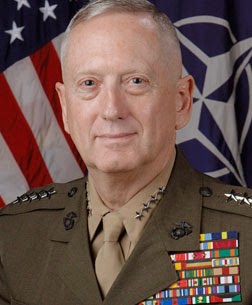 From the Hayloft to the Horses: The Birth of the Fire Pole

Getting out of the station fast and first isn’t a new or even recent interest for firefighters.  It’s something the brethren have worked on for over a century.  In the 1800s, multi-floor stations were the rule rather than the exception; a necessary configuration in the days of the horses.  Fast and effective methods for harnessing the teams, almost as quick as firing a diesel engine, had been developed.


A hitch in the process of getting out the door as fast as possible remained, some thought. Getting from the bunkroom on an upper floor to the apparatus was slowed by the common use of circular stairs which were in place to keep the horses from trying to leave the first floor.


At Engine 21 in Chicago, Captain David Kenyon saw one of his firefighters slide a wooden binding pole, typically used on a hay wagon during transport, which had been temporarily stored vertically in the loading area of the hayloft, when a call was received while he was working in the third floor loft.  Recognizing a great idea when he saw it, Captain Kenyon arranged for a hole from the second floor bunk room to the apparatus floor, and the crew took a Georgia pine beam and rounded and sanded it to 3 inch diameter.  Varnished and coated with paraffin wax, it was ready for service.


Firefighters at the other stations laughed until they saw Engine 21beating them to fires, and eventually the Chief decided to have poles installed in all Chicago stations.  In 1880, the Boston Fire Department installed the first brass pole, which became the standard going forward. 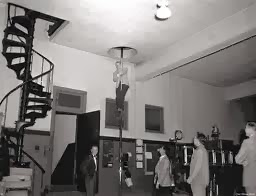 The poles became part of fire department heritage, memorialized on television and in movies—think Batman and Ghostbusters.  Now gone from most stations, another of the classic era trappings fading from use, the pole remains a memory of an important period which will hopefully not be forgotten.
Posted by Gary Ryman at 12:40 PM 0 comments