Today we think of Johnny and Roy as an ancient historical portrayal of firefighters; their all-American wholesomeness overtaken by more complex characters and stories in Backdraft, Ladder 49, Rescue Me, and now Chicago Fire.  All of these, and the original “Emergency” are but Johnny-come-lately’s (pun intended) to the original and main theatrical firefighter of American History.


Fireman Mose Humphreys was played by actor Frank Chanfrau in thousands of performances on stages throughout the country in the 1840s and 1850s.  Although nine scripts were written, only one survives.  He became an urban folk hero; the personification of New York firemen and to some degree, all volunteers of the day. 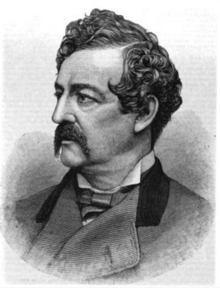 Mose was a cigar smoking, heavy drinking, hard fighting, baby rescuing, rowdy fireman who stood for good against con-men, crooks, and politicians.  Think Denis Leary before there was Denis Leary.  The working class of the day related to the character and stories as he protected the community, rescued “damsels,” and fought the politicians.  The middle class viewed him differently as a symbol of societal unrest. 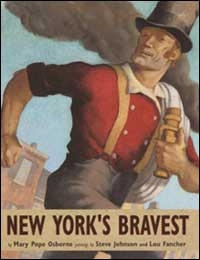 The performances in the 1800s resulted in something more than just entertainment.  They provided fuel for debates on fire department reform, particularly in cities which experienced firefighter violence.  While many historians today agree that the early stories of firemen fighting each other on scenes were overblown and not as widespread as legend has it, the instances which did occur were likely magnified by the fictional portrayal.  Mose became a caricature, and as he grew in popularity, so did the inaccurate perceptions that all firefighters were involved in violent behavior.


In today’s world with the pervasive presence of social media, you tube, and myriad other forms of entertainment, this past history is interesting in showing that public perception being shaped by art is not new.  There was no actual Mose, but his character was based—with obvious fictional liberties—on the characteristics observed in firemen of the day.  That a fictional character influenced public debate and change in the fire services of the day should be instructional to us.  Who is more real; Tommy Gavin or Johnny and Roy? 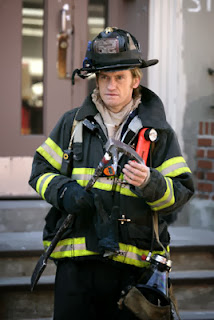 Are We Better Off?

Not long ago, I had one of those “solve the world’s problems” conversations with a close friend of mine.  We do this from time to time and although we accomplish absolutely nothing, changing not a thing, we both feel better at the conclusion.  Part of this particular chat covered a topic not new to us and one we’ve “solved” before.  The operative question was “have the technological ‘improvements’ to fire apparatus actually resulted in being able to better extinguish fires?”


Our short answer to this burning question was “no.”  There is no question that today’s apparatus with the enclosed cab is far safer and has gone some distance in reducing injuries and fatalities from the days of open jump seats and riding the back step (getting dressed on the back step wasn’t just crazy—it was stupid).  That, however, was not what we were talking about.  It was more fundamental concept; that of putting wet stuff on red stuff.


My friend and I both started with engines without crosslays; back when all pre-connects came off the back (one thing from the old days that seems to slowly be regaining some favor).  The pump had two gauges.  If two lines of different lengths or sizes were in operation, the pump operator established his pressure (yes it was always a him back then—no editorial comment intended) and gated the other line down by experience and feel.  Not the most accurate method, but it worked well for generations.  What the pump panel didn’t look like was the cock pit of the space shuttle, which some of today’s bear a striking resemblance to.


Individual gauges?  Love them.  But flow meters, electronic valves, etc. simply add more things to break.  I won’t even begin to talk about adding CAFS to the equation; a subject for another day.  Not needing a ladder to get up to the deck gun was arguably an advantage of old versus new; and reaching hose lines and ground ladders without having to climb another one.
Pumps ran, lines and ladders were pulled, and fires went out in the old days.  Simple has some attractive benefits.  It breaks less often, is easier to maintain and, arguably, to teach.  I’m not advocating a return to the open cab ’68 of yesteryear, but ask yourself honestly if the fires are going out better, quicker, or easier with the increased complexity of modern engines and if you’re honest, the truth is obvious.
Posted by Gary Ryman at 10:03 AM 0 comments