Will be signing copies of all my books on July 25th at the Circle Drive-In in Dickson City, PA for Christmas in July. The event benefits the Lackawanna Historical Society. 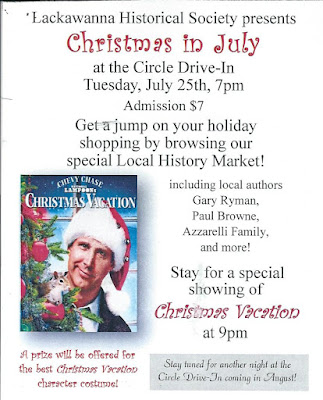 Incredibly proud that Michael Ryman has become the third generation of Ryman's to wear the white coat and helmet of a chief officer. He is now a certified chief officer in Montgomery County, MD at Station 15-Burtonsville. Congratulations Chief 715B. Your grandfather is smiling down from heaven at you today. 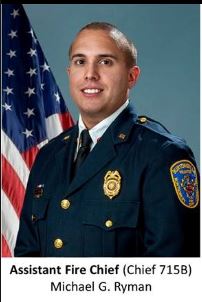 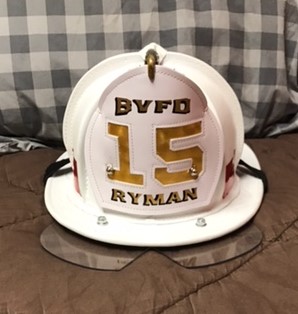 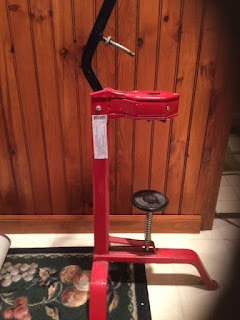 A chief was tasked by his areas mutual aid association with obtaining course information from two of the myriad private training companies out there to put on a weekend program. He sent me the email string resulting. It’s entertaining.  Especially since everyone kept hitting “reply all.”  I have edited names to protect the guilty.


Gentlemen, our local association has settled on your two companies as the finalists to provide our first annual Hot Dogs and Hydrants Training Weekend training, which we hope will become the region’s top event. We know it will cost us a few bucks a head, but think it will be worth bringing your experts in. If you could provide some information on the programs you’d propose and your instructors, it would be appreciated.


Our kick ass hands on programs are second to none.  For your folks we’re thinking one of our heavy duty firefighter survival classes would be helpful. Our experienced staff which includes retired captains and lieutenants from busy departments across the country, including the requisite FDNY officer all training companies are required to have.  We’ll teach your personnel sixteen ways to bail out of windows including the head first ladder slide with half gainer. No one else in the industry knows these techniques. For only $450 per head it’s a great value.
From ______@throughtherooffiretraining.com


The firefighter survival stuff is so yesterday. You need a company like ours who can give you the latest in research based suppression. We’ll teach you how to use drones to read the smoke and determine the fire flow path (our drones—which we can provide to your departments for only $8500 per unit plus shipping and handling) are painted LaFrance red and use infrared technology.  Our instructors have adopted every new bit of terminology which will enhance your student experience. For example, we’ll teach your personnel to say “transitional attack” instead of “hit it hard from the yard” like you have for 40 years and much more.  We’ll use our ‘Hefti-house’ to model live fire behavior at small scale in your parking lot.  We even have mini firefighters and ladders. Our program runs only $400 per student, a fantastic value.


We know you don’t want any of that doll house crap the other guys are selling. Our instructors are all highly experienced. Each one of them has burned up at least three leather helmets in local burn buildings. They all have the standard large droopy mustache or Fu Manchu; mandatory for tough firefighters.


How about tattoos? Our guys all have at least half sleeves with flames and Maltese crosses. Nothing says excellence in fire instruction like tattoos. By the way, how about an occupancy based session?  We offer the only program in the country on Mosque firefighting. Our head instructor, Captain Don “Hydrant” Outlet is highly experienced with this occupancy having run over four automatic alarms at one. Only $350 per head.


Our guys and gals (we offer female instructors) have tats and mustaches. I bet there isn’t a Mosque within a hundred miles of your area. You want specialized occupancy, can do. We do the only program in the country on backyard gazebo fires.  Only $300 per head. Talk about a challenging building type. The flow path characteristics are like no other.  If you get on scene before it has collapsed, our training will give you the tactics needed for an aggressive interior attack at this tough, challenging, building type.


Do they teach sheds too? You want specialized and unique?  We got it. Garbage trucks. These bad boys are incredibly dangerous and require a full haz-mat assignment, particularly for decontamination afterward. The disposable diaper residue commonly present is highly toxic and needs careful handling and our training gives you the tools. We’ll teach the use of CAFS for vapor suppression and will do this as an add on to our Mosque program for only an additional $50 per head.


Gentlemen, thanks for the information and proposals. Since our budget is only $15 per head, after careful consideration, we’ve decided we’re just going to run a fire police class.  One of our local guys, Charlie, will teach it if we feed him lunch.  Charlie weighs in at around 375, so lunch for him won’t be cheap. Perhaps when our budget is bigger or somebody builds a Mosque or we have a major increase in gazebo fires, we’ll get back in touch….
Posted by Gary Ryman at 11:40 AM 2 comments

A Low Calorie Way to Fill that Easter Basket--Books 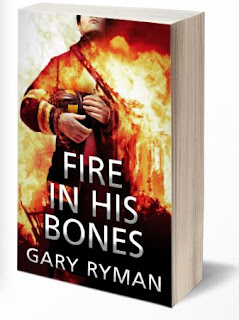 Fire In His Bones
Posted by Gary Ryman at 3:09 PM 0 comments

An (Alternative) History of the Fog Nozzle

Since alternative facts are all the rage right now, I thought maybe some alternative history could be interesting.


1503:  Leonardo da Vinci designs the first fog nozzle. It bears a striking resemblance to the Selecto-o-matic.  Unfortunately, the design is on the back of the Mona Lisa, so no one notices for over 500 years.
1630: Galileo’s lab assistant suggested that flowing water through the tubes he had shaped for his invention the telescope could be a good way to put fires out.  Galileo scoffs at the idea. His lab assistant, Alfredo Taskforce Tipiano decides to immigrate to America with his wife and six sons as soon as someone opens a good pizza place there.
1737: Samuel Akron, a volunteer firefighter in Philadelphia, puts his finger over the tip of a pressurized leather hose, generating a spray.  He takes his idea to Ben Franklin, the inventor of the bucket and smooth bore. Ben tell him it’s a stupid idea and returns to flying his kite.
1780: An American Indian inventor, Big Water Elk-hart, graduates from engineering school and as his first project, designs a nozzle with a straight stream and impinging jet fog. He tells friends, “I bet the Navy and Coast Guard—when they get formed—would like this.”  His friend laugh and Elk-hart, depressed and disappointed, goes for a pizza at the Taskforce Tipano Family Pizzeria. He sits down over a pepperoni and sausage with Alfredo Tipiano III and pulls out the parchment showing his design. Tipiano tells him “my nonno had a similar idea once” and the rest is history.